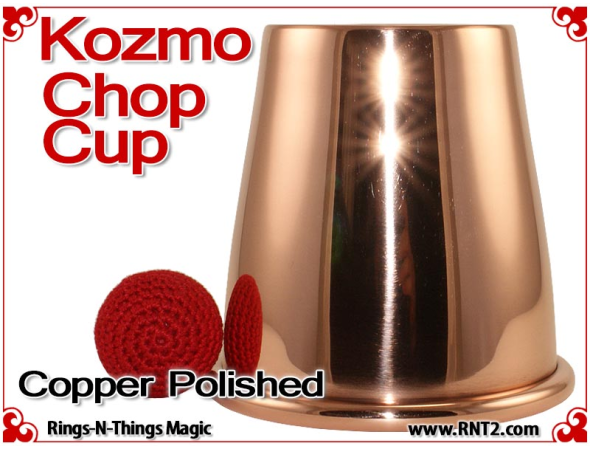 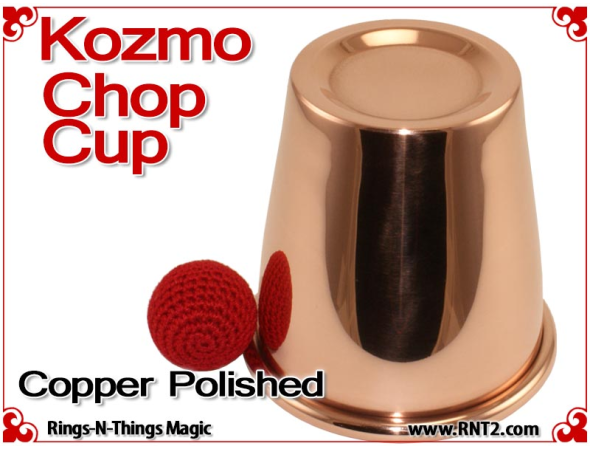 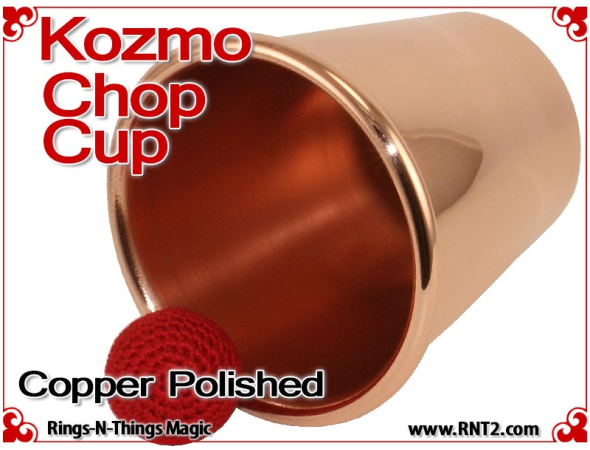 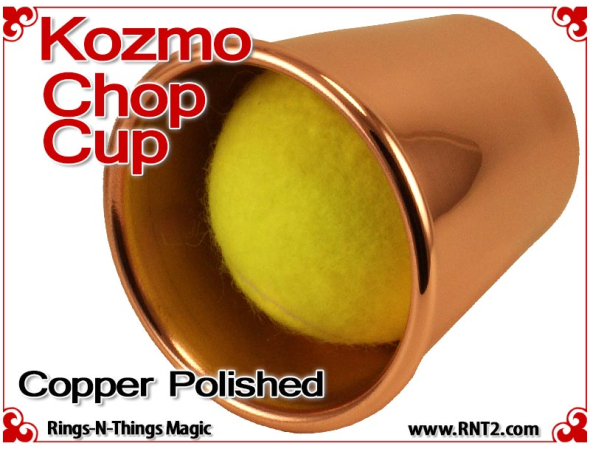 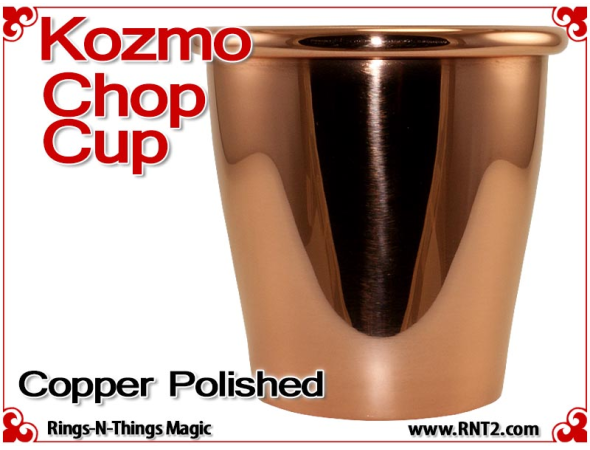 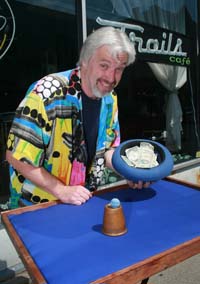 Kozmo Chop Cup | Copper. This is the cup used by street magician, and founder of Kozmo Magic, "Kozmo" in his busking performances and lectures - this cup is in the heavyweight version that weighs over 10oz.

Each cup is hand spun from two discs of .050" copper, creating a full .10" thick double walled cup. The exterior is a polished glossy finish. The interior of the cup is a brushed satin finish.

The Kozmo Chop Cup | Copper | Polished Finish is made in the USA.

Comment
Top-notch. The weight of this cup (copper version) allows subtle handling other cups don’t. Feels terrific in the hand and seems indestructible. Love this cup.

Comment
Hands down the best chop cup for the real world.

Comment
This cup is my dream come true. Simple and sly at the same time. And WOW is it tough!