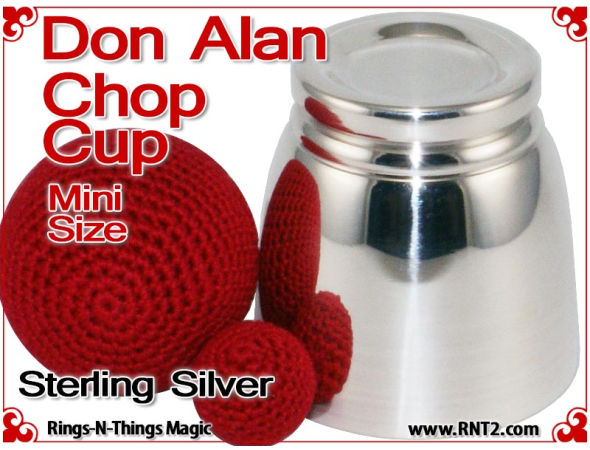 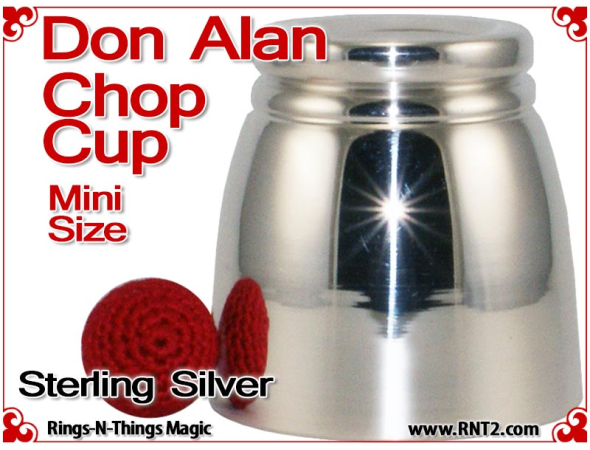 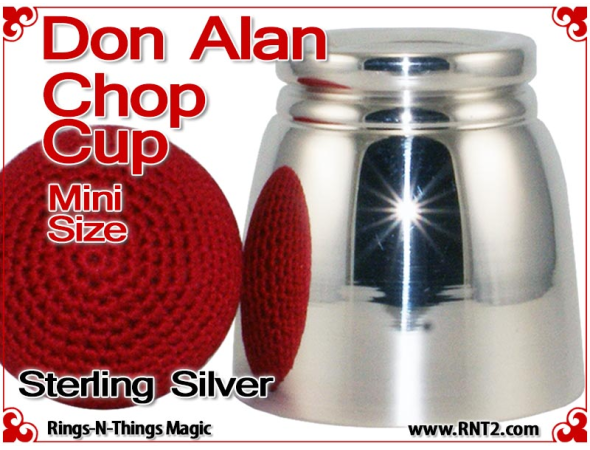 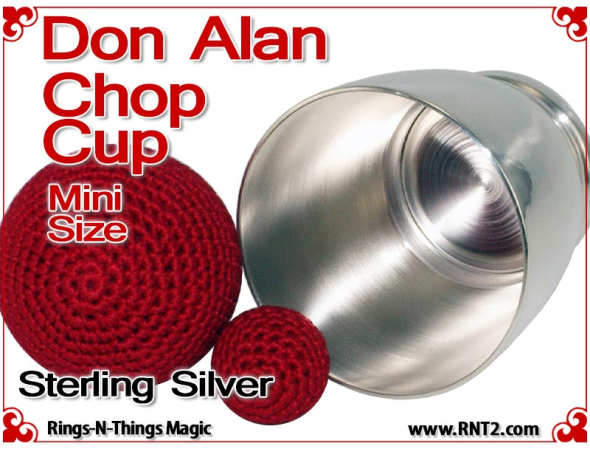 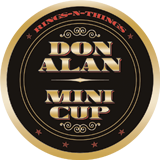 The Don Alan Mini Chop Cup is the best little walk-around chop cup ever produced. The cup has a 2 inch mouth requires little table space and can be used on your palm, a spectator's palm or a spotlight sized mat. The Don Alan Mini Size cup design incorporates a drastic radius in the rounded top that amplifies the size of the final load ball, creating an illusion that the ball is actually bigger than the cup when the load ball is rested on the cup's saddle.

Included is a 1 5/8" RNT Red Load Ball. Since the cup was originally designed to hold a golf ball for a load, it can be kind of difficult to find a crocheted load ball that fits well into this cup. We produce these balls specifically for this cup and include one with each purchase. Other colors are available, but only RNT Red is included.

Each cup is hand spun from .050" Sterling Silver (92.5% pure silver) and polished to a glossy exterior finish with a brushed satin interior.

Comment
I like the size, shape, and weight of this cup and having the opportunity to own one in Sterling Silver is fantastic! There is something very satisfying about handling one of these cups made from this precious metal.

Comment
I've wanted one of these forever. I am not disappointed. I think it weighs more than my copper one. Gorgeous cup!