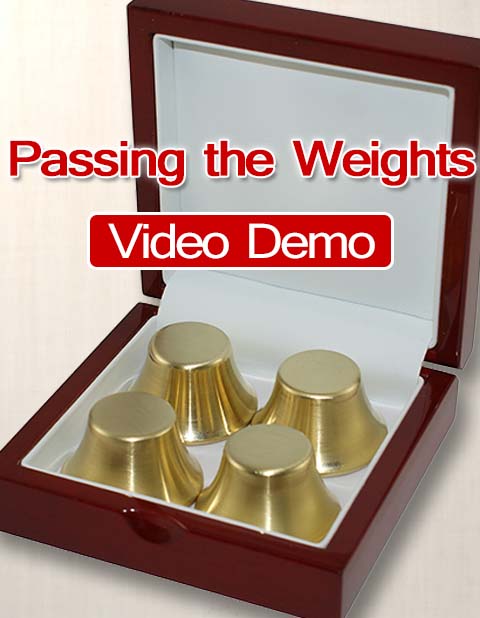 Cups and Balls Anatomy and Terminology

Magicians use cups for the classic of magic: The Cups and Balls. But they are used in an atypical way - they are used upside down. This is a 180º turn from the original use and design of vessels we commonly associate with being mouth up, safely holding their contents, in a convenient size and shape for holding in the hand. Instead, magicians invert them mouth down, so they trap, and obscure from view, any object that they are inverted over.

This atypical use of the object we commonly call a cup requires a new glossary of terms so as to eliminate confusion - for inverting the cup 180º means the bottom is now the top and vice-verse. In addition to that, there are parts of the cup that have previously been irrelevant that now need clear nomenclature. 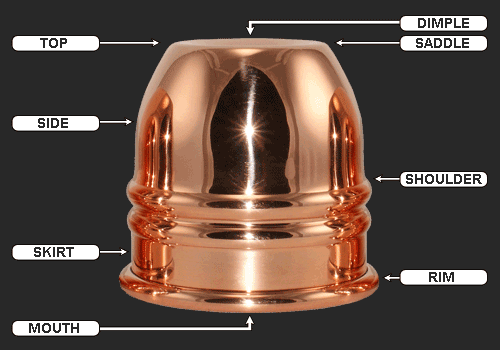 General terminology used to define the outside areas of a cup used for Cups and Balls Magic. 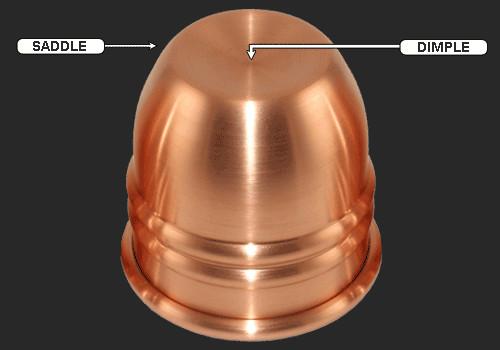 SADDLES and DIMPLES both reside on the Top of a cup. They do have separate meanings. A SADDLE may be flat and have no DIMPLE. A SADDLE may be dish shaped with the deepest part of the DIMPLE directly in the center of the SADDLE. A SADDLE may be a depression that flattens out, leaving a DIMPLE that is a wide area. Dish shaped SADDLES with shallow DIMPLES are preferred by may performers because they center a ball resting on the SADDLE and keep the ball raised as high as possible. There is a need for deeper DIMPLES though, as when performers are working outdoors and want to avoid any possibility of a ball falling off of the SADDLE. 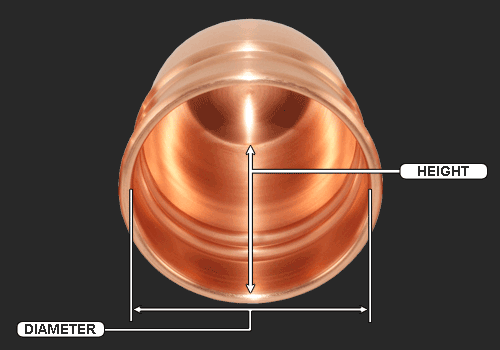 The inside areas of a cup used for Cups and Balls Magic are significant in determining the largest object that can fit into a cup. Any object can fit into the cup if it is not greater in diameter than either the INSIDE DIAMETER or the INSIDE HEIGHT, whichever is lesser. 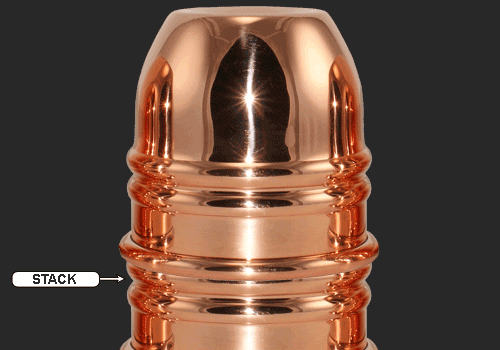 Cups and Balls Magic includes the use of more than one cup. Typically, the cups STACK, one upon another. There is a lot of general confusion over whether or not a STACK of cups is mouth up or mouth down. We make no distinction between the two. A STACK can be mouth up, or a STACK can be mouth down.

* In some cases the Mouth Up Stack has been erroneously referred to as "Nested", but the definition of "nested" does not apply to a state of stacked cups. Merriam/Webster defines the verb "nest" as "to fit compactly together or within one another". Specifically, each object would have to be smaller to fully fit within another, like a Matryoshka Doll (Russian Nesting Dolls). The term is only mentioned here for completeness and should not be used. 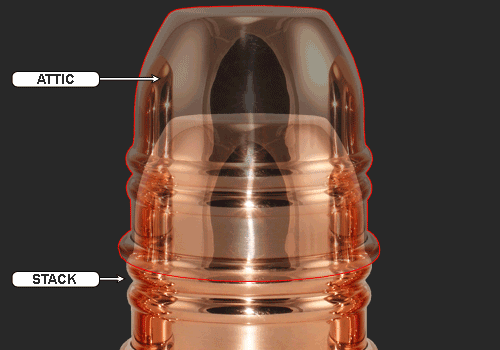 When cups are STACKED, there are spaces created inside a cup used for Cups and Balls Magic. 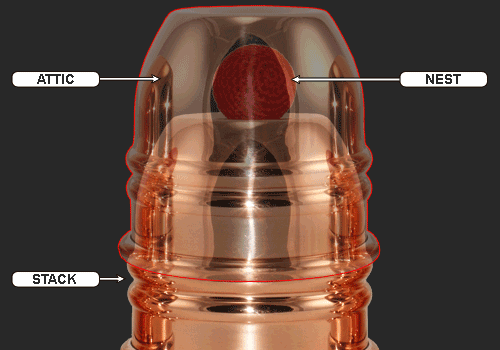 See also: The Cups and Balls

Average Star Rating:
5.00 (3 reviews Total)
Show reviews with:
5 stars (3 reviews)
4 stars (0 reviews)
3 stars (0 reviews)
2 stars (0 reviews)
1 star (0 reviews)
Show all reviews
Dave Bilan
Truly a wonderful wealth of knowledge on the cup nomenclature. This is the ultimate in cup education.
Mark Yeager
Stunning breakout on cups dimensions. Thank you very much.
Leo Davidson
I always thought that a nest should only be about the balls too. Someone went to a lot of work to make this information and pictures - thanks I'd like to see this be a standard.
Write a review