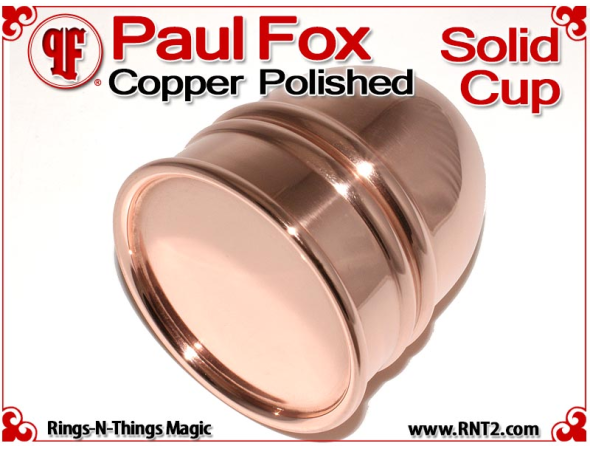 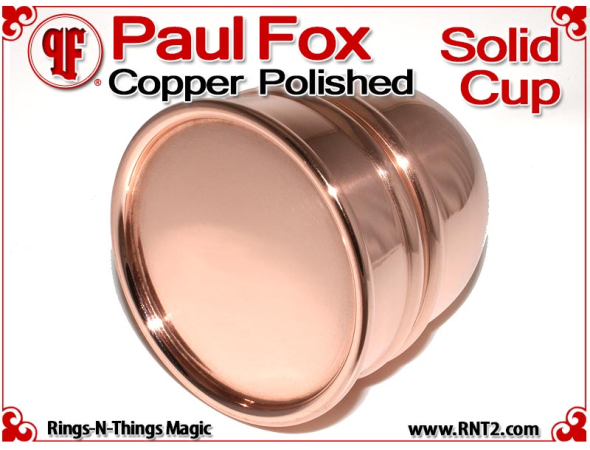 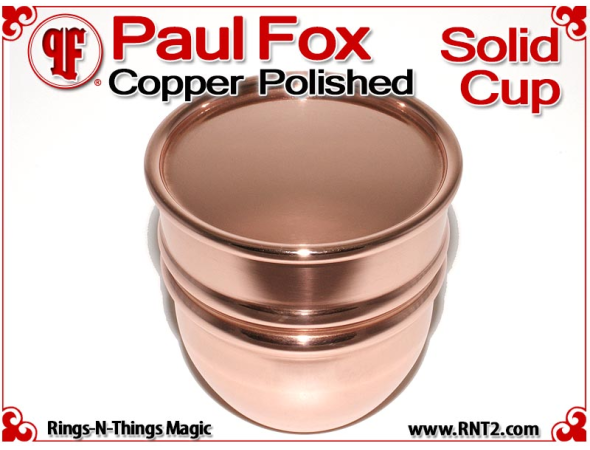 Available for the first time: a SOLID Paul Fox Cup for Kicker and Sucker effects. You cannot tell the difference between this cup and a standard Paul Fox Cup, and it looks and feels for all the world like a solid hunk of copper!

Several leading magicians have demonstrated techniques for invisibly switching in a kicker cup near the end of their routines for fantastic psychological bonus surprises that completely baffle audiences. Imagine adding this cup to YOUR routine!

Each cup is hand spun from .050" copper and polished to a glossy finish. The cup is NOT a solid chunk of copper, but rather constructed from two pieces, filled with sand, and bonded together seamlessly.