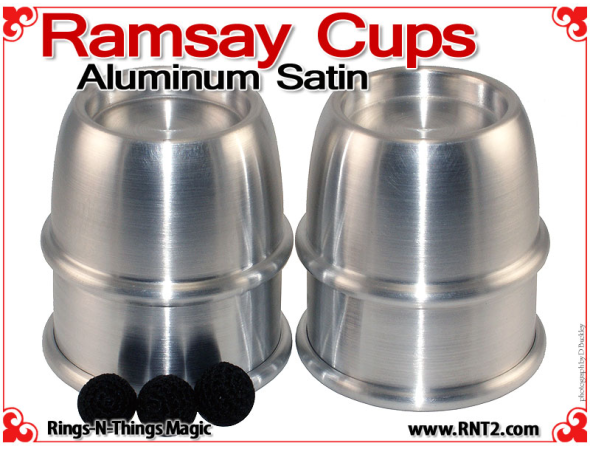 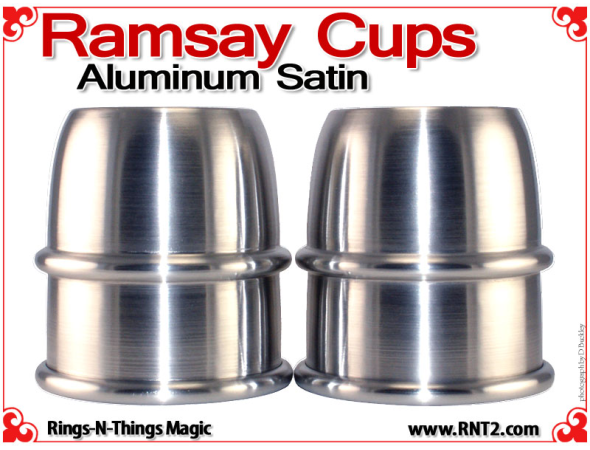 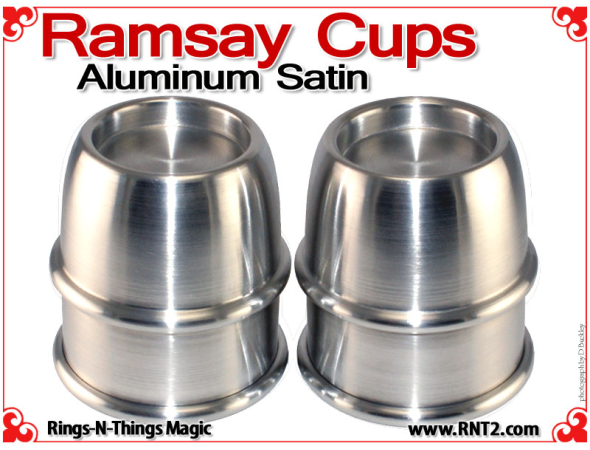 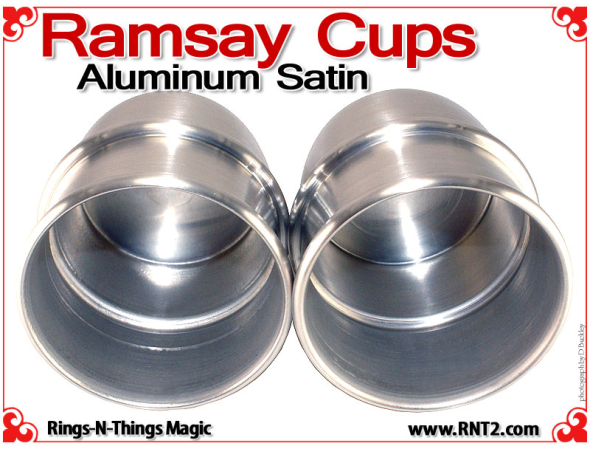 When John Ramsay developed his cups and balls routine, he used two small cups that were cardboard ice cream containers. The ice cream containers had a recess in their bottoms that formed a deep, secure saddle on the tops of the cups when they were inverted. John capitalized on this recessed saddle and incorporated it into his routine. The result of that magical thinking is a terrific routine that can only be performed with cups that have the deep recessed saddle. If you haven't learned the Ramsay Two Cup routine, then you're missing out on a long overlooked, but GREAT routine with a super PUNCH for an ending.

Some years ago, Pete Biro, famed photographer and magician, had Rings-n-Things make this version of the Ramsay Two-Cup set. Pete Biro, known for his gracious manner in magic, issued Rings-N-Things the rights to re-issue his classic set and style of cup. Pete's detailed 34-page instruction booklet is included. It's full of illustrations and details of John Ramsay's routine and handling for these cups and balls.

John Ramsay's routine requires the little black balls - so they are included.

HOWEVER: 1" BALLS WILL NEST BETWEEN THESE CUPS. And not just one, but THREE entire 1" balls will nest! So, if you want to use the cups for a more traditional style of cups and balls, with bigger more visible balls - then you are able to!

Each cup is hand spun by Rings-N-Things only from beautiful satin aluminum.