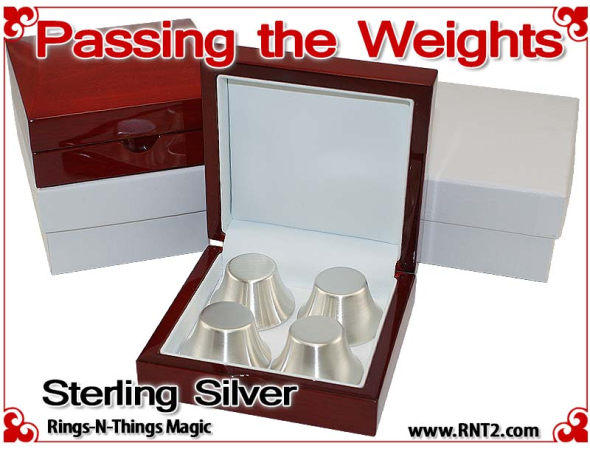 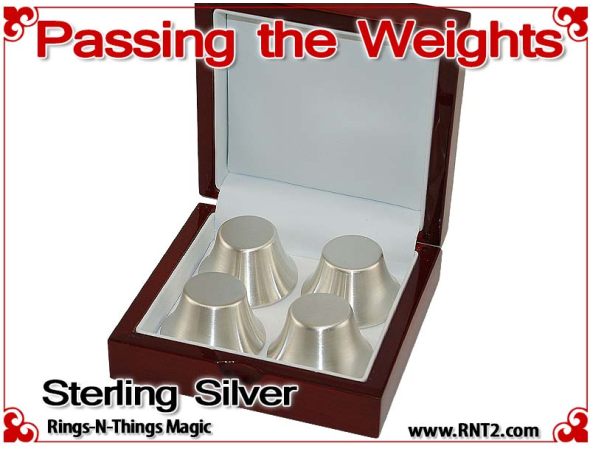 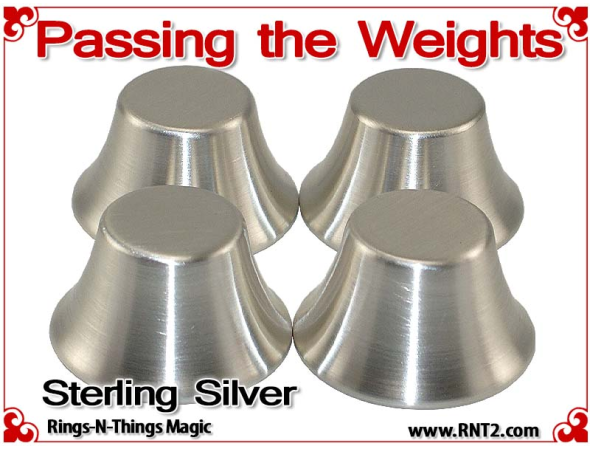 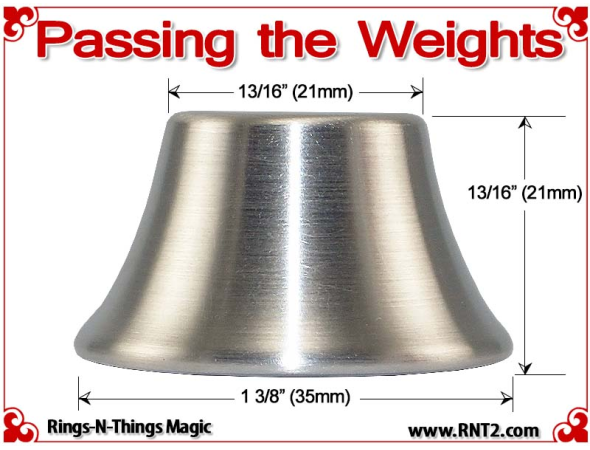 Under cover of the hands, four "heavy" weights sitting on a table magically jump from under one hand to under another, until they all assemble together.

This reproduction of the classic Chink-a-Chink set is based on Dai Vernon's own set of Chink-a-Chink that he carried in his close up case. The Vernon set was made by Modern Magic Company, circa 1927, and is now owned by Pop Haydn. In 2005, Pop's Vernon set was reproduced by Chris Reesman of Encore Magic. Only about 150 of the Encore Magic sets were ever produced, and they were almost identical to the Dai Vernon set. The sets we are making at Rings-N-Things today are spun on the same original blocks and tooling that Encore Magic created in 2005.

The set comes with four hollow weights and a matching shell weight. The set is supplied with instruction for the original routine.

Each set includes a luxurious redwood carrying case that has a glossy lacquer finish and vanilla colored, faux leather padded interior. The carrying case serves to protect and contain the set and makes an ideal presentation for the introduction of the weights.

SEE Craig and Ryland Petty's Review of Passing the Weights

Purchase Pop Hadyn's routine and take your set to the next level!
While a simple routine for the set is included, the advanced video instructions by Pop Hadyn are NOT INCLUDED, but HIGHLY RECOMMENDED.
Get it here >> POPS MAGIC PASSING THE WEIGHTS VIDEO INSTRUCTIONS

Each set is spun from 92.5% Sterling Silver. They are closed on the bottom with a sterling silver plug and weighted with an internal steel disc to give them a little heft, which means each weight will attract to a magnet (although no magnets are used in the routine).

Each weight has a brushed satin finish to help facilitate palming.

Passing the Weights Set is made entirely in the USA.

Comment
WOW! Now you can get this fantastic set in Sterling Silver! I have been delighted with the brass set and now have this high end set. Thank you Donnie for doing such great work!