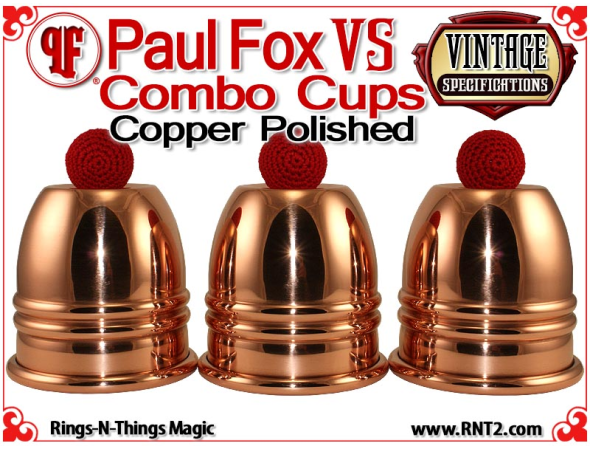 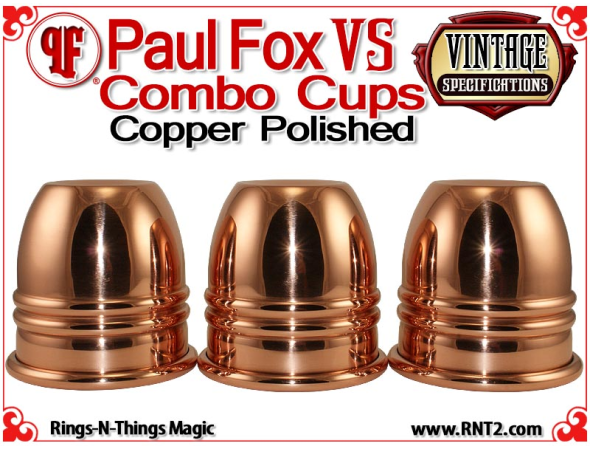 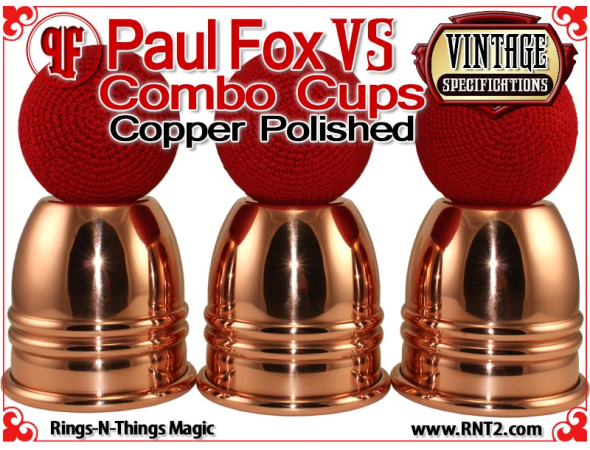 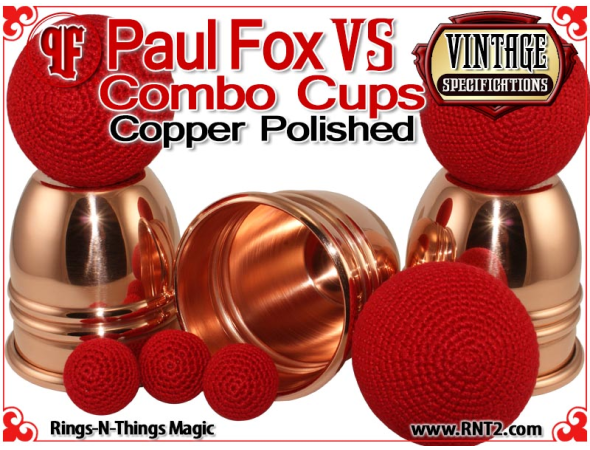 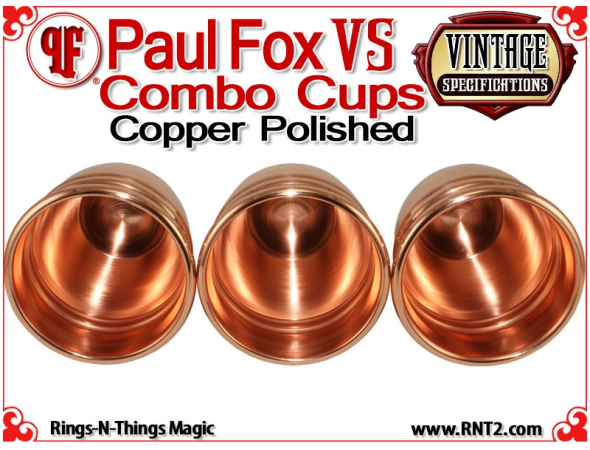 The Paul Fox VS Combo Cups are exact reproductions of the Danny Dew Type 2 Paul Fox Cups, but one of the cups is a chop cup! Their Vintage Specifications are taken directly from authentic Paul Fox Cups made by Danny Dew 50 years ago.

Thanks to the endeavor of Dr. Jonathan Schweid, Rings-N-Things is proud to offer these exact reproductions of this vintage Paul Fox Cup design. Jonathan owns several sets of collectable original Paul Fox Cups that were spun by Danny Dew, and wanted to use the cups, but didn't want to risk losing or damaging the original sets. Jonathan approached RNT about two years ago and said he wanted to recreate the legendary Danny Dew Type 2 Paul Fox Cups; not only that, but he wanted to make certain that the best features, cherry-picked from variations in Danny Dew Type 2 cups, were included in every new set. We put him in touch with our master craftsman who could create the tooling for him, reverse engineering the cup. Working from authentic original cups the required tooling was created, refined and tweaked repeatedly until the finished product met Jonathan's exacting standards.

Paul Fox Cups were among the first cup designs created exclusively for cups and balls performers that featured a rounded top. Since its conception and manufacture, many magicians have credited the Paul Fox Cup design as revolutionizing the world of Cups and Balls and many have contributed moves to the performance of cups and balls that can best be accomplished with a rounded top cup.

Unlike our Rings-N-Things Paul Fox Cups, the Paul Fox VS design is a slightly taller cup with a more gradual radius from the shoulder bead to the saddle, more like a Paul Fox Chick Cup, but not as large. This also makes the dimple in the saddle deeper. The original cup design was coined the Danny Dew "Type 2" because Danny changed the design after the first run he produced. Collections, like the Cups and Balls Museum, identified this variation and called it the Type 2. For functionality the Type 2 cups were preferred over the Type 1 cups.

Each cup is hand spun by Rings-N-Things in .040" copper and polished to a glossy finish outside. The inside of the cup has a brushed satin finish. The .040" copper is the exact same gauge that Danny Dew used when he spun his legendary cups and is necessary for an exact reproduction. Each cup is the same weight, each cup has an insert spun into it. You cannot tell the chop cup from the other two cups in the set.

Paul Fox VS Combo Cups made in USA

Comment
Donnie talked about these cups for a long time. I got my set and they are just as good as I had hoped they would be. The gimmick works flawlessly and the set feels really good to handle. Get a set and you will not be disappointed.

Comment
I’m thrilled with the Ring-N-Things Paul Fox Combo Cups! I have a lot of cup sets and the Ring-N-Things Paul Fox Cups have long been my favorites in the medium size class. I like them better than the Danny Dew and Jeff Busby sets so when Donnie released the combo sets recently I immediately placed an order. I absolutely love them. They’re beautiful, fit perfectly in the hands, the weight is on point and the combo function works correctly every time. Donnie not only hit a home run with this release, he hit a grand slam!!!